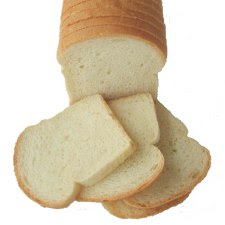 Doctors have known for decades that foods like white bread and corn flakes aren't good for cardiac health. In a landmark study, new research from Tel Aviv University now shows exactly how these high carb foods increase the risk for heart problems.

"Looking inside" the arteries of students eating a variety of foods, Dr. Michael Shechter of Tel Aviv University's Sackler School of Medicine and the Heart Institute of Sheba Medical Center — with collaboration of the Endocrinology Institute — visualized exactly what happens inside the body when the wrong foods for a healthy heart are eaten. He found that foods with a high glycemic index distended brachial arteries for several hours.

Elasticity of arteries anywhere in the body can be a measure of heart health. But when aggravated over time, a sudden expansion of the artery wall can cause a number of negative health effects, including reduced elasticity, which can cause heart disease or sudden death.

Using a clinical and research technique pioneered by his laboratory in Israel, Dr. Shechter was able to visualize what happens inside our arteries before, during and after eating high carb foods. It is a first in medical history. The results were published in the Journal of the American College of Cardiology.

"It's very hard to predict heart disease," says Dr. Shechter, a fellow of the American College of Cardiology and the American Heart Association. "But doctors know that high glycemic foods rapidly increase blood sugar. Those who binge on these foods have a greater chance of sudden death from heart attack. Our research connects the dots, showing the link between diet and what's happening in real time in the arteries."

Like the uncomfortable medical warnings on packets of cigarettes, this new research could lead to a whole new way to show patients the effects of a poor diet on our body.

Using 56 healthy volunteers, the researchers looked at four groups. One group ate a cornflake mush mixed with milk, a second a pure sugar mixture, the third bran flakes, while the last group was given a placebo (water). Over four weeks, Dr. Shechter applied his method of "brachial reactive testing" to each group. The test uses a cuff on the arm, like those used to measure blood pressure, which can visualize arterial function in real time.

The results were dramatic. Before any of the patients ate, arterial function was essentially the same. After eating, except for the placebo group, all had reduced functioning.

All roads lead to the endothelium

Enormous peaks indicating arterial stress were found in the high glycemic index groups: the cornflakes and sugar group. "We knew high glycemic foods were bad for the heart. Now we have a mechanism that shows how," says Dr. Shechter. "Foods like cornflakes, white bread, french fries, and sweetened soda all put undue stress on our arteries. We've explained for the first time how high glycemic carbs can affect the progression of heart disease." During the consumption of foods high in sugar, there appears to be a temporary and sudden dysfunction in the endothelial walls of the arteries.

Endothelial health can be traced back to almost every disorder and disease in the body. It is "the riskiest of the risk factors," says Dr. Shechter, who practices at the Chaim Sheba Medical Center — Tel Hashomer Hospital. There he offers a treatment that can show patients — in real time — if they have a high risk for heart attacks. "Medical tourists" from America regularly visit to take the heart test.

The take-away message? Dr. Shechter says to stick to foods like oatmeal, fruits and vegetables, legumes and nuts, which have a low glycemic index. Exercising every day for at least 30 minutes, he adds, is an extra heart-smart action to take.
Posted by Jonathan Kantrowitz at 1:53 PM